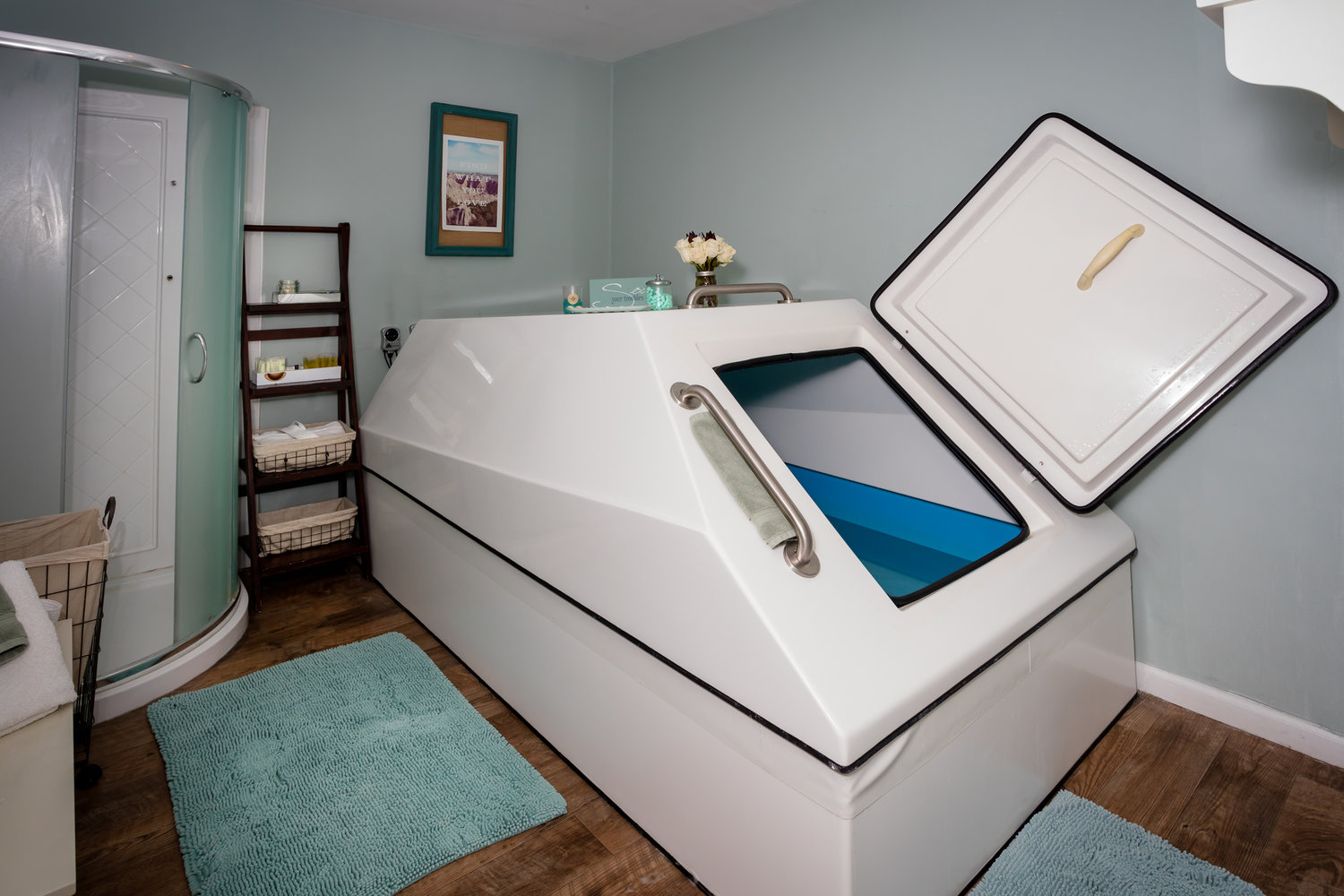 You may ask yourself “is this some new age mumbo jumbo?” Of course not. Float tanks have actually been used for science since the 1950’s.

Isolation tanks and the idea of sensory deprivation were first developed by Dr. John C. Lilly in the 1950s while attempting to isolate the mind from the body for the National Institute of Mental Health. Two of his subjects, Glen and Lee Perry, helped Lilly redesign the tank making it more accessible to the general public. Initially, the tanks were upright and filled with sea water. Subjects would wear a breathing apparatus and be suspended under water. By laying the tank on its side and switching to a higher concentration of the less corrosive Epsom salt, floaters are able to lay back and float away.

John C. Lilly is commonly known as the originator of the sensory deprivation tank, but it was the Perrys who invented the modern float tank. Their company was named Samadhi after the 8th chakra which is above your crown and signifies enlightenment. By 1979, the first float center was open to the public in Beverly Hills, CA which had five tanks and was run by Samadhi.

Float centers started popping up all around the world for years but took a drastic decline in the late 1980s and 90s. Finally there was regrowth in the 2000s and by mid 2010s, we entered float industry 2.0. Float tank manufacturers multiplied offering more options.  There are international conferences every year where people from around the world gather to share cutting edge information and inspire the community. Float centers are at an all time high with more centers opening their doors every day, and we are excited to be at the forefront of the industry in South Florida and beyond.

Pod vs Orb vs Cabin vs Deluxe Cabin: Choose Your Adventure

Start Your Float Journey With Our Intro3 Package

Steps For An Amazing Float

The Basics of a Float

Who is Floating for?

Improving quality of life, one amazing float at a time.